40 years ago, in the aftermath of Ronald Reagan’s election and the rise of evangelical political action group the Moral Majority, activist and political scientist Jean Hardisty founded an organization that would become a backbone of social justice research, analysis, and strategy in the United States.

Located in Chicago and originally named Midwest Research, this new group broke with academics and liberal commentators who—then as even now—often dismissed white supremacists and the religious right as unsophisticated hicks who weren’t worth taking seriously. Jean and her team knew the organizers of these movements were mostly well-educated and middle class. Most importantly, Jean saw how effective these organizers were and determined that social justice movements–and the entire country—had better take them seriously. So Jean and her researchers began producing cutting edge analysis that would “become conventional wisdom in liberal and progressive circles.”

For its first few decades PRA was a small organization—but one with a mighty impact among movements for gender, LGBTQ and reproductive freedom, immigrant rights, and racial and economic justice. Donald Trump’s election as president in 2016 proved to be a pivotal moment for the Far Right, and for PRA. Our leadership decided that we had to scale up in order to rise to the challenge of the viral racial and religious nationalism that threatened the gains of social justice movements and the very possibility of a just and equitable democratic society.

In just two years, PRA tripled in budget and staff size, capacities that have allowed us to collaborate with a much larger number of visionary groups and coalitions; publish more reports, briefing papers, articles, and op-eds; to greatly expand our social media presence; and to shift public narratives through increased engagement with reporters and media.

After 40 years, PRA proudly remains that rare source of expertise on supremacist and authoritarian movements that is of and for justice and democracy builders. We partner with front-line movement organizations which largely represent communities directly targeted by the Right. We provide these organizations—as well as journalists and civic leaders—strategic insights and actionable intelligence to block anti-democratic forces and build a more just and liberated world.

A Tribute to Jean Hardisty

A visionary, Jean anticipated many of the political and economic shifts the country has endured over the past several decades. Undaunted by the implications of her insights, she dedicated herself tirelessly–and with uncommon skill, humor, and compassion–to the cause of social justice. She was a friend, mentor, colleague, and inspiration to us, and to countless people and organizations.

For more on Jean and her foundational leadership building the Political Research Associates that we celebrate today, read a tribute to Jean and her amazing legacy here.

We Hear From Our Partners

“Law enforcement has always been rooted in the history of White supremacy in this country. We actually have hard evidence to prove it based on the research of PRA. … This [sheriffs map] gives us the playbook. We know what they’re gonna do, and it gives us the opportunity to decide we are going to come together across our own sectoral differences to do something about it. … This is an opportunity to fight for the progressive policies that we’ve always deserved.”
Ash-Lee Woodard Henderson Co-Executive Director, The Highlander Research & Education Center

On how PRA helps fill critical gaps for movement activists:

“PRA’s research has helped us make our case for change in North Carolina’s sheriffs’ offices. While many activists and progressives are aware that racism runs deep in law enforcement stemming from their role as slave patrols, we now have additional hard facts to point to … and a clearer map of right-wing influence. Grassroots organizations do not often have the time or resources to take on this kind of research, so PRA’s work is especially valuable to us.”
Felicia ArriagaAssistant Professor, Appalachian State University

On the importance of PRA’s challenge of the “hate” frame:

“Political Research Associates [is] a hub for critical analysis not only on the Far Right folks … but the ideologies that drive them. Several years back, PRA produced a report challenging the “hate” frame. It identified how incidents of supposed “hate” are connected to movements and ideologies that wield power and influence both inside and outside of government and how referring to them as “hate” incidents or groups is vastly insufficient. The framework has been key to political education among activists.”
Daryle Lamont JenkinsFounder and Executive Director, One People’s Project 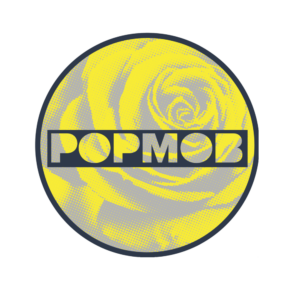 “PRA’s work has helped me contextualize the current volatile political moment. The street-level organizing we are doing is largely based on instinct, and academic work like that done by PRA situates our work within a larger socio-political context and helps us better understand the complexities of the various white nationalist, traditionalist, conservative and explicitly fascist groups that make up the Alt-right coalition.”
Kat EndgamePopPopular Mobilization

“The gender ideology monitoring group has been very valuable to the Advancing Universal Rights and Justice team at AWID. The information shared in calls has enriched our anti-rights monitoring and analysis, and connections made in the group have led to, for example, collaboration on monitoring anti-rights events, new relationships with media, and overall a stronger more connected web of organizations and individuals resisting these trends – a very important contribution in the current context!”
Isabel MarlerAdvancing Universal Rights and Justice Lead at Association for Women’s Rights in Development (AWID)

“We are steeped in compound crises undergirded by false narratives and destructive agendas, now is the time for potent data and storytelling, in context, that can provide a pathway for solutions. And no one is working harder than PRA to deliver it!”
Tamara Toles O’LaughlinCEO and President of the Environmental Grantmakers Association 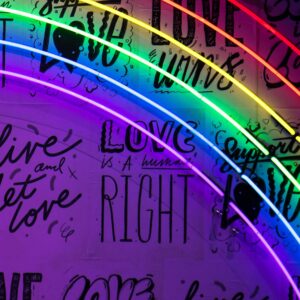 On PRA as a convener of the Left:

“This group has brought oppo researchers together from hotspot regions like the UK and the US to compare notes and think about strategies to combat bad actors. Anti-trans sentiment is especially on the rise right now and through contacts on this list, I have been able to alert allies who work in international arenas (with UN bodies in particular) and provide accurate information about bad actors in the space.”
Ev SchlatterIndependent Researcher on the Right and LGBTQ and Gender Rights

“Political Research Associates does something few organizations do, it combines deep research and analysis in a framework that actually seeks to contribute to progressive change in the world. This has allowed them to maintain a forty year legacy of essential research, much of which have become essential tools in these struggles. PRA is the best organization of its kind.”
Shane BurleyAuthor of Why We Fight: Essays on Fascism, Resistance, and Surviving the Apocalypse (AK Press, 2021) and Fascism Today: What It Is and How to End It (AK Press, 2017)

“At a time when anti-democratic and anti-human rights forces are on the march across our country, the work of PRA is needed now more than ever. Grounding our responses to those opposed to creating a nation which works for all in data, analysis and a fundamental understanding of what’s driving the right is the only way to win. PRA brings this vital understanding to every corner of the progressive movements and the tools they offer are essential to all those fighting for a better future.”
Imara JonesJournalist and Founder of Translash Media

“PRA’s mission to analyze the Right Wing social movements, its understanding of these forces as complex and interlocking ecosystems, and its clear-eyed exposition of the leaders, goals, strategies and tendencies of right-wing and authoritarian movements is essential to organizers, policy-makers, media, and civil society leaders.”
Urvashi VaidPresident of The Vaid Group, co-founder of the Donors of Color Network

In partnership with social justice movements:

“Our relationship with PRA – both as Bend the Arc organizationally and myself personally – is foundational to our work exposing and fighting back against the white nationalist movement which threatens all of our safety and belonging. Our movements are strengthened by having such a well-researched and extraordinarily reliable source for data and analysis. Because of PRA we have a deep and complex understanding of the threats we are facing, what we need to overcome them, and why we need a model of solidarity for inclusive multiracial democracy more than ever.”
Stosh CotlerChief Executive Officer of Bend the Arc 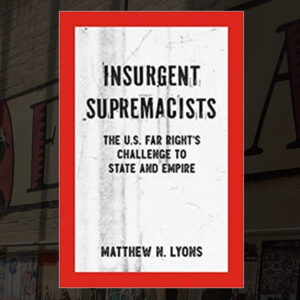 PRA conducts thoughtful, well-documented research and analysis.
PRA examines a wide range of right-wing currents and the interactions between them.
PRA addresses the interconnections between the ideological right and established systems of oppression, exploitation, and violence.
PRA brings together work by academic scholars, professional journalists, independent researchers, and movement activists.
Matthew N. LyonsAuthor of Insurgent Supremacists: The U.S. Far Right’s Challenge to State and Empire and co-author with Chip Berlet of Right-Wing Populism in America

One of the most important lessons I learned about organizing is that you have to build your strategy based on what is actually happening and not what you hope is happening. Our movement has been contending with a volatile and crisis-riddled historical conjuncture. Political Research Associates with its sober analysis has been a critical partner in making sense of the forces standing in the way of realizing a multi-racial feminist democracy and economy. We cannot win without being clear-eyed about who we are up against. PRA has helped all of us know our enemies.
Lauren JacobsExecutive Director of PowerSwitch Action

You have our deepest respect and gratitude for: meticulously tracking the anti-abortion movement and the Right; alerting us to new threats; providing leading edge intersectional analysis and thought leadership; and generously sharing it all. Your work has had a tremendous influence on our thinking, and has shaped our movement’s collective understanding and resistance.
Mia Sullivan, Marlene Fried, Anne Hendrixson, and Betsy HartmannCollective Power for Reproductive Justice, formerly CLPP and Pop/Dev

PRA’s work tracking and researching the far-right is invaluable, for journalists, activists, and organizers alike. From mapping out right-wing networks to highlight where TERFs and white nationalist movements intersect, to reports that break down the links between Groyper-sympathizers and members of Congress, shines a crucial and measured light on who threatens our communities and democracy.
Sophie Ellman-GolanDirector of Jews Against White Nationalism
View All Partner Testimonials